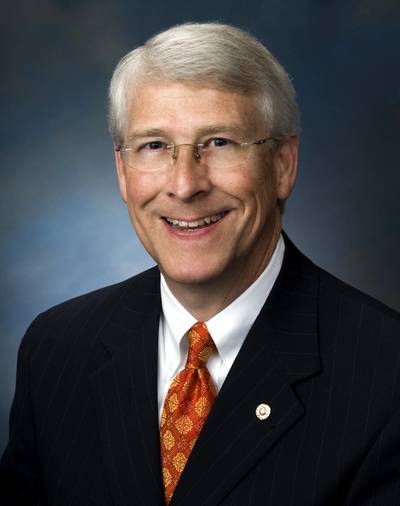 Sen. Roger Wicker, Chairman of the Senate Subcommittee on Seapower

U.S. Senator Roger Wicker, R-Miss., Chairman of the Senate Subcommittee on Seapower, today called for increased shipbuilding and warned about readiness shortfalls  while delivering the opening statement for the subcommittee's review of Navy shipbuilding programs.

"Not only is our Navy too small, it is also not as ready as it should be," said Wicker.  "Sequestration in 2013 and a high operational tempo in Asia and the Middle East have led our naval fleet to endure major readiness shortfalls, including longer deployments, reduced training time, and reduced surge capability.

"I am deeply concerned about the potential impact these factors will have on our ability to deter and confront future adversaries," he warned.

The Senate Subcommittee on Seapower is reviewing Navy shipbuilding programs in advance of the Defense Authorization Request for Fiscal Year 2016 and the Future Years Defense Program.

“Now more than ever, a strong Navy is central to our nation’s ability to deter adversaries, assure allies, and defend our national interests.  Our Sailors and Marines are at the forefront of our rebalance to Asia, our ongoing operations against the Islamic State, and our efforts to deter rogue states such as Iran and North Korea."

“However, our current fleet of 275 ships is insufficient to address these critical security challenges.  The Navy’s stated force structure requirement is 306 ships.  The bipartisan National Defense Panel calls for a fleet of 323 to 346 ships.  And our Combatant Commanders say they require 450 ships.  Despite these publicly stated requirements by our military leaders, the Navy says that sequestration could shrink our fleet to 260 ships," he said.