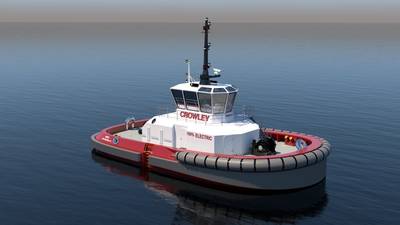 Crowley Maritime Corp will take delivery in 2023 of an electric tug, dubbed eWolf, built by Master Boat Builders in Coden, Ala. (Image: Crowley)

There’s no energy shortage when it comes to projects promoting the viability of alternatively fueled marine vessels (alt-fueled vessels).

These projects deservedly draw a lot of attention. But do they spark interest—and action—among workboat company executives and engineers? Or are these projects viewed as, yes, interesting, but largely a curiosity?

Timing is critical. Many energy activists would like fossil fuel engines largely replaced by 2030, or at least on a steep phase-out schedule. Workboats, though, can last for 50 years, or longer. For an engine/energy transformation at scale the purchase of alt-fueled vessels has to be mainstreamed, pretty much starting now. Demonstration projects answer some basic questions. But what about other central questions: Is there a business case, now, for purchasing an alt-fueled vessel? Do projects like eWolf clarify and support that business case?

Indeed, workboat executives are following alt-fueled vessel projects, but keeping their distance. The total picture of technology, infrastructure and finances remains hazy. One operator on the Ohio and Mississippi Rivers called news about alt-fueled vessels “engaging,” but not decisional or conclusive. A vessel and its power “has to be available and reliable,” he said, “you can’t struggle with power needed every second when you’re moving 28,000 tons and a crew. You can’t take a chance.”

Another executive said “yes, most operators are thinking about this,” topics and related decisions he called “daunting.” His company recently repowered much of their fleet. Their decisions, though, were to improve fuel efficiency, reliability and reduce emissions by investing in upgraded but traditional engines and power systems, and not invest yet in alt-fuel vessels. He said “we’re looking at new hybrid-electric power. We will be cautious. Not because we don’t want to achieve the goal, we don’t want to be a test case. We can’t put a crew in harm’s way.” He added that it will “take a multitude of people and groups” to figure this out. 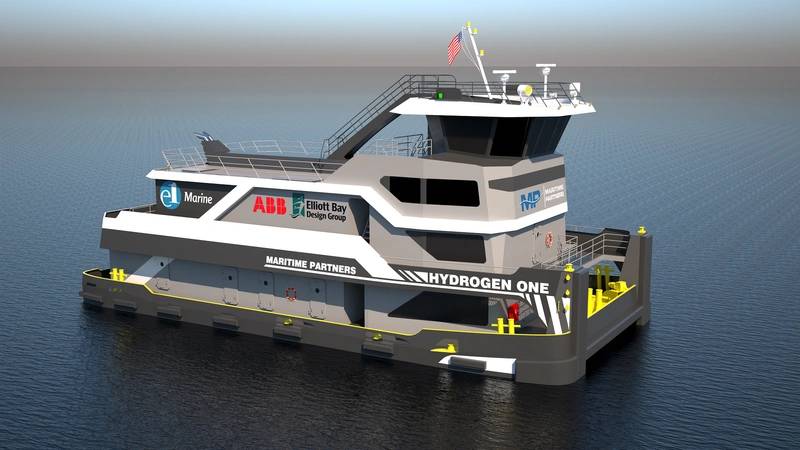 A new business group, the Blue Sky Maritime Coalition, was recently established to bring together the best, the brightest – and the realists – to focus on alt-fueled vessels and a low-carbon roadmap. The Coalition does not focus on one particular alt-fuel, hydrogen, say, or methanol or a diesel-battery hybrid. Rather, its focus is on assessing and evaluating business case decisions that align with safety, long-lived assets, operational demands and shore-side infrastructure.

David Cummins is Blue Sky’s executive director. When asked about a business case for alt-fueled vessels Cummins replied, “there is a business case now,” but he cautioned: “It’s not a business case to invest right now. Rather, the business case is to be fully aware that the world is moving towards a place where GHG emissions will be restricted and possibly taxed.” The business case, he advised, is “to get on the learning curve so that as new zero emission technologies and fuels become available shipping organizations are prepared to take advantage.”

Cummins commented on “a profound change in shipowners’ attitudes to get on this learning curve in the last 18-24 months.” There are challenges, however, and it’s hard to bet on a winner right now given considerable unknowns not just with alt-fuels but with safety, ship architecture and construction, port logistics and regulations. For a vessel owner, a wrong decision today, say on hydrogen or methanol, for a 50-year asset, could bankrupt the company.

“We need to be working now, with urgency, in all three areas,” Cummins commented. 2030 to 2050 are popularly viewed as the expected window for engine/fuel transitions. Cummins said a more realistic timeline is one that aligns with “whatever technology and economics can support.”

Cummins said that projects such as Crowley’s eWolf (as noted above, Crowley is a founding member of the Blue Sky Coalition) provide key learnings, informing engineers about what’s viable and what’s not. Tech advances will make costs more competitive, reducing the need for subsidies. Cummins noted that taxpayer and ratepayer subsidies now are heavily tilted towards generation, such as offshore wind and batteries. “For transport fuels,” he commented, “you mostly see feasibility projects. We need more public sector investment support with fuels and availability and electricity and bunkering infrastructure. The private sector will then be in a better position to mobilize with financing.”

With eWolf, cost and financing details have not been disclosed. As a private company, Crowley does not disclose specific financial information. The eWolf’s public partners include the San Diego County Air Pollution Control District, the California Air Resources Board, the Port of San Diego, the U.S. Environmental Protection Agency and the U.S. Maritime Administration.

Coulston Van Gundy, vice president, engineering services for Crowley, was instrumental in the design of the eWolf platform.

It’s important to be clear that at this point Crowley’s work was not an evaluation, and then a decision: electric vs. diesel. That choice was already made – to build an electric tug. The eWolf is a first-in-class vessel. The business case for Crowley, obviously, and project funding, were different than standard, market-based decision making about new assets.

Van Gundy said the eWolf was designed from the keel up. He described a process that started with a traditional business case evaluation and engineering approach.

As with any vessel, an initial assessment is critical to determine the scope of services needed as well as the operational ability required. For performance and to meet environmental regulations in the Port of San Diego, Crowley’s analysis said “yes,” and the eWolf project moved forward. 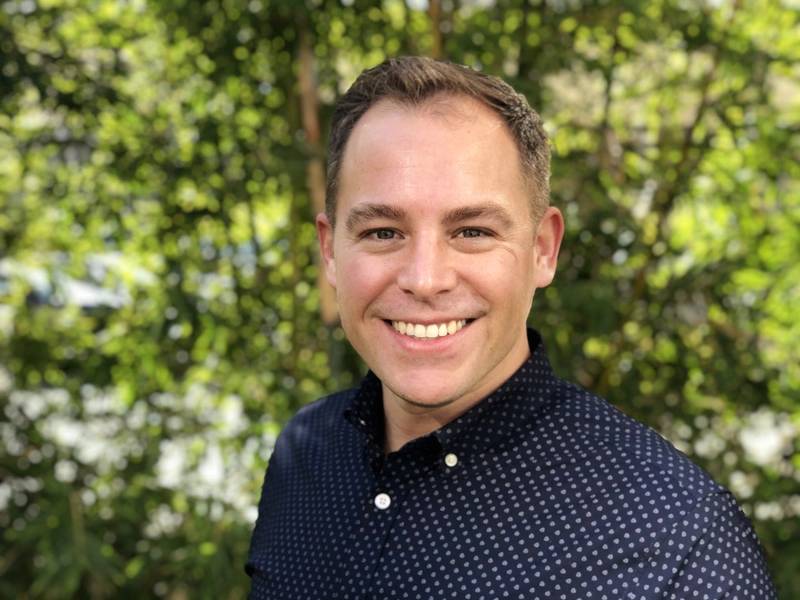 “For other e-tugs to be built, we really need to change the way the market is looking at this. As environmental regulations are put in place, the industry needs the ability to adapt to meet those regulations, as we are doing in San Diego.” - Coulston Van Gundy, VP, engineering services, Crowley (Photo: Crowley)

Van Gundy added, though, that sometimes a fully electric vessel won’t be the right answer. A diesel hybrid may be a better choice for transiting long distances, on Puget Sound, for example. Also critical: charging infrastructure, which is available for the eWolf in the port of San Diego. The point is an initial operational analysis will show if it makes sense to build a green vessel with resources available today.

Crowley’s team approaches new project risks by evaluating the need for specialized contracting expertise as part of their design process. The eWolf’s electrical system, for example, from batteries to wiring, was developed separately. This approach avoided mid-project learning curves because different systems were tasked up-front to specialists and then integrated during construction. This is a repeatable and predictable approach that Crowley uses on other projects. Or put another way: alt-vessel projects will benefit from the same design/engineering processes that benefit “regular” projects. At this point construction is on schedule and engineers have not encountered any unexpected glitches.

Van Gundy said that the “shell” of the eWolf presents as a well-understood and predictable construction project. The inside, though, includes “all of the latest and greatest technology that’s on the market today.” It’s worth noting here not just the availability of certain tech but the advantages from sharp declines in tech costs over the last 10-15 years. Also, over time, “latest and greatest” becomes standard and standardization almost always results in a lower cost cycle.

Other companies have approached Crowley asking for insights into eWolf’s development. That information exchange has started.

Van Gundy was asked about ways to develop a business plan that can sustain the higher initial costs for alt-vessels, to get them built and in service so that vessel owners can then take advantage of lower operating costs. “For other e-tugs to be built,” he said, “we really need to change the way the market is looking at this. As environmental regulations are put in place, the industry needs the ability to adapt to meet those regulations, as we are doing in San Diego.” That market reference is to tug services themselves. A port or ship seeking to lower their own carbon footprints should place a higher value on port services from an e-tug. “Operators need to be rewarded for a decarbonized platform,” Van Gundy commented. Then, higher payments will kick-start demand and a beneficial cycle of lower production costs will start to close the cost delta compared to diesel vessels.