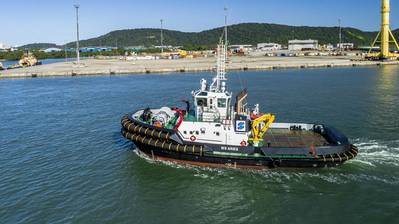 Brazilian port and maritime logistics operator Wilson Sons is installing internet and camera systems on its tug fleet to allow real-time visualization of operations and maneuvers, including by customers.

Closed Circuit TV (CCTV) and Network Cabling project was developed by the company's innovation laboratory Tuglab, in partnership with the IT management of the company’s towage division.

In total, 480 cameras and local internet network will be installed. The equipment has already been installed in almost half of the tugboat fleet, distributed in the main ports of Brazil, and the other half of the fleet will receive the new system over the course of this year.

Wilson Sons says implementing the camera system brings more security to the fleet, and adds it also enables images to be stored and retrievable for a period of 30 days for accident and incident investigation analyses, and tug and crew performance studies.

In addition to the internal image system, the tugboats have Wi-Fi spots on the bridge, galley and engine room. The Internet allows the crew to connect to Wilson Sons systems by cell phone or tablet and even hold meetings by video conference with shore based teams.

“From the tugboats cabling it is possible to migrate several onboard processes to the digital environment, increasing information reliability and facilitating data traceability,” explains Project Manager Simone Prado. 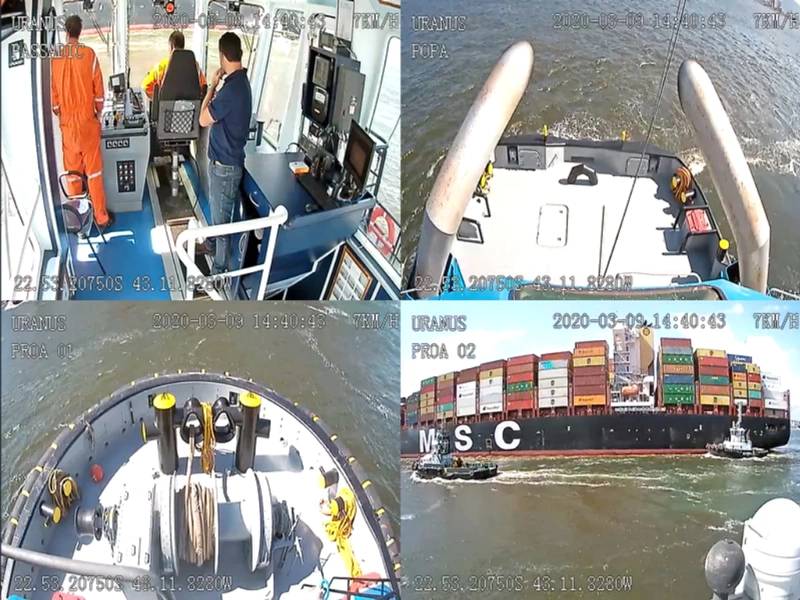 Wilson Sons' towage division also integrated several systems from a new online platform, which were not previously accessible on board vessels. Among the benefits, is the registration of maneuvers on the platform, in real time, by cell phone or tablet, the company says.

Another advantage, according to Wilson Sons, is a dashboard report for crew with information about the tug, such as water, oil and fuel levels, and other data such as inspection cycles, maintenance activities, purchase orders and other onboard processes, streamlining many daily activities.

Created at the end of 2017, Wilson Sons' Tuglab has about 10 professionals from different areas, such as IT, engineering (maintenance, operations, HSE), human resources and administration. The group says it has several projects in progress, such as the use of artificial intelligence, QR code and other solutions to streamline and increase the security of operations.

“The lab is one of the company’s most innovative initiatives,” says Juliano Maia, IT manager of the towage division. “Today the speed of technological change is much higher than 20 years ago. We need to be prepared for this new scenario in the naval sector.

“Our goal is to make our processes more agile, allowing all resources and information to be on board at the right time, making them more efficient.” 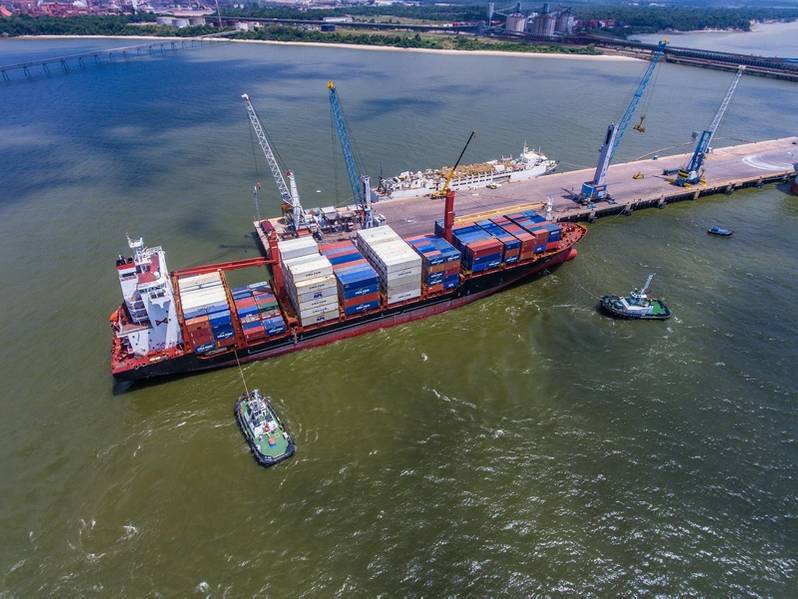