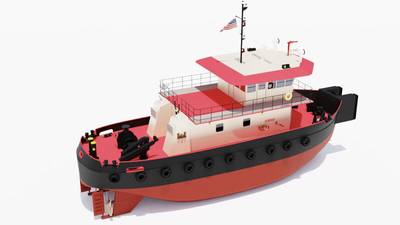 Conrad Shipyard has been awarded a contract from the U.S. Army Corps of Engineers to design and build two tugboats for use in the Great Lakes.

The two CELRE Detroit Ice Class tugs will be used for the mobilization of floating equipment on the St. Mary’s River, upper Great Lakes and the Soo Harbor, as well as breaking ice up to 12 inches thick and performing ice scraping operations at the St. Mary’s Falls Canal.

Conrad won out among five bidders for the $16,983,710 firm-fixed-price contract.

Shipbuilding work will be performed in Morgan City, La., with an estimated completion date of December 26, 2024.

“Conrad has a long history with the US Army Corps of Engineers, and we have built several vessels currently in service around the country,” said Conrad Shipyard CEO Johnny Conrad. “We are proud to provide the Army Corps with two more top quality vessels to service its Detroit District.”

Each twin screw, open wheel newbuild will measure 76’ x 25’ x 10’-8.5” and will be diesel powered with 1,600 BHP, Conrad Shipyard said. Each vessel will also and have deckhouses with galley/mess, berths and sanitary facilities for a crew of three.