Ever Forward Refloated Near Baltimore 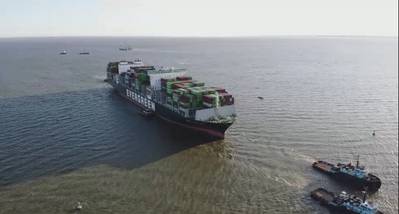 The containership Ever Forward has been refloated after more than a month aground in the Chesapeake Bay, near the Port of Baltimore.

The Hong Kong-registered vessel was freed around 7 a.m. on Sunday after running aground on March 13 while en route from Baltimore to Norfolk, Va.

Salvors removed a portion of the nearly 5,000 containers on board to reduce groundforce following two failed attempts to dredge around and tow out the 1,095-foot-long containership on March 29 and 30. The ship, now 500 containers lighter, was pulled free by a team of two pulling barges, two tugs from Donjon-SMIT, two tugs from Moran and two tugs from McAllister.

The Ever Forward is being towed to anchorage off Annapolis, Md. where its hull will be inspected for damage. 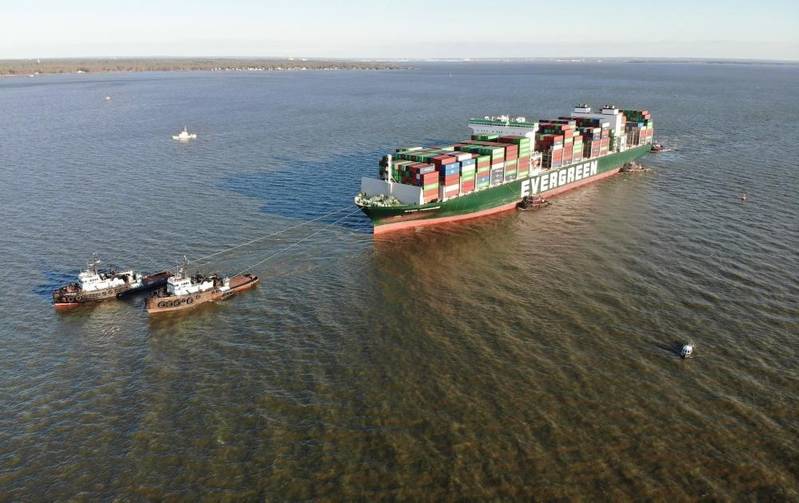 The removed boxes have been shuttled via barge and offloaded at their original onboarding facility, Seagrit Marine Terminal in Baltimore. Pending the results of its hull inspection, the Ever Forward will reload the containers and continue on to Norfolk.

A pilot was on board the 12,000 TEU vessel when it went aground outside of the Craighill Channel, though the cause of the incident is still under investigation.

No pollution or injuries have been reported.

The ship's Taiwanese owner Evergreen Marine has declared general average amid a salvage operation that has grown costlier and more complex than initially anticipated. 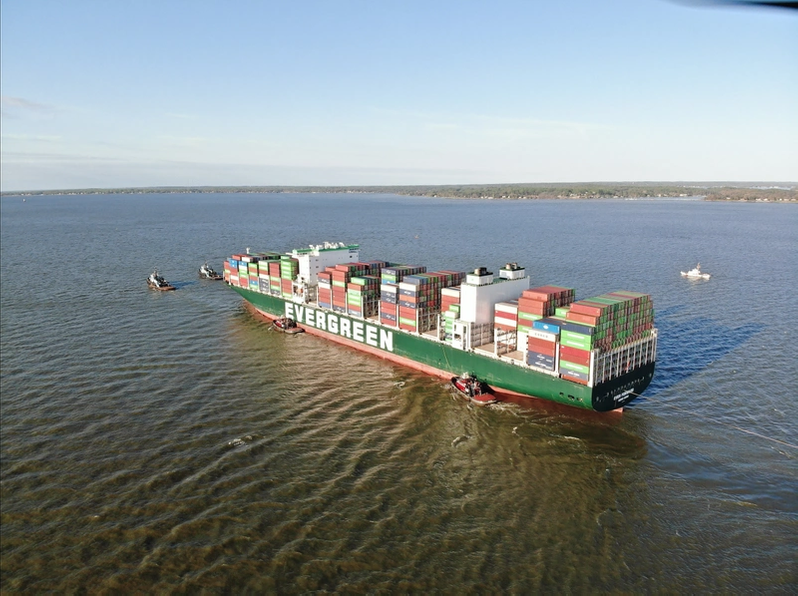 “The vastness and complexity of this response were historic, as an incident like the Ever Forward grounding, in type and duration, is a rare occurrence,” said Capt. David O’Connell, commander of Coast Guard Sector Maryland-National Capital Region. “It was the collaboration of each responding agency, Evergreen Marine Corporation, and dedicated responders that resulted in the successful refloating of Ever Forward while ensuring the safety of the public and response personnel, mitigating pollution potential, and minimizing economic impacts.”

“We appreciate the steady partnership with the Coast Guard, Evergreen Marine Corporation and all the other agencies that worked to prevent pollution and protect the Chesapeake Bay,” said Maryland Environment Secretary Ben Grumbles. “We remain focused on moving forward to the environmental restoration and compensation phase.”

In a corporate statement, Evergreen Line representatives stated, “We are deeply appreciative of the efforts put forth by the U.S. Coast Guard, Maryland Port Administration, local and federal Environmental Protection Agencies, and the many private service providers that were engaged, all of whom worked tirelessly to bring this event to a successful conclusion.”