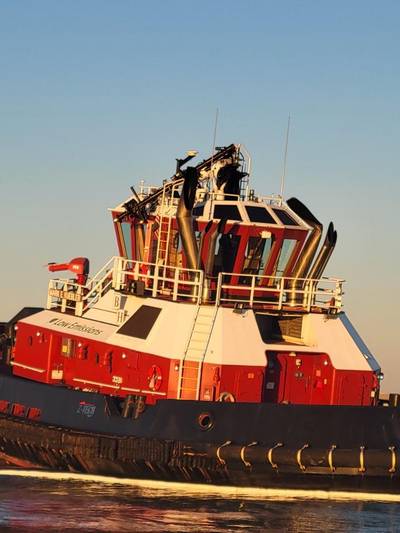 A harbor tug has run aground after colliding with an oil tanker near Corpus Christi, Texas.

The U.S. Coast Guard said its watchstanders at the Sector Corpus Christi command center received a call at 4 p.m. Sunday from the agent of G&H Towing stating that the tug Mark E. Keubler had grounded outside the channel near the South Texas Gateway refinery and was taking on water.

Before grounding, the tug was reportedly involved in a collision with the Saudi-registered oil tanker Nisalah. Responders did not observe any signs of pollution, and there were no reported injuries, the Coast Guard said.

The RB–M crew is on scene to assist with de-watering efforts, and pollution responders are also present to monitor salvage operations.

Emergency response crews are searching for a tugboat crew member that has gone missing near Sabine, Texas, Monday.U.S. Coast…