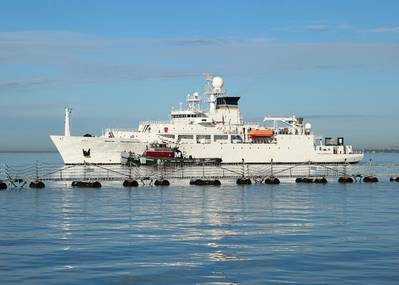 The name selection follows the tradition of naming survey ships after explorers, oceanographers and distinguished marine surveyors. Widely known as a discoverer of the final resting place of the R.M.S. Titanic, Dr. Robert Ballard is a retired U.S. Navy Commander, former director of the Center for Ocean Exploration, and a tenured professor of oceanography at the University of Rhode Island’s Graduate School of Oceanography.

“Dr. Ballard’s career, explorations, research and focus on teaching the next generation of oceanographers is remarkable, and I am pleased to name T-AGS 67 in his honor,” Del Toro said. “One of my enduring priorities is building a culture of warfighting excellence, and that includes lifelong learning amongst DoN personnel. The name Robert Ballard displayed across the stern of this ship will serve as an inspiration to all who see it while highlighting the results of commitment to education and exploration.”

In addition, Barbara Earle Ballard, Dr. Ballard’s spouse and President of Odyssey Enterprises, has been designated as the ship’s sponsor.

Equipped with a moon pool for unmanned vehicle deployment and retrieval, T-AGS 67 will be a multi-mission ship that will perform acoustic, biological, physical and geophysical surveys, providing much of the U.S. military’s information on the ocean environment. The vessel will be over 350 feet long with an overall beam of 58 feet.

Ballard was born in 1942, growing up in San Diego, Calif. After he graduated from the University of California, Santa Barbara, in 1965, he earned an Army Reserve Commission, ultimately requesting and transferring to the United States Navy when called to active service in 1967. Assigned to the Office of Naval Research as a liaison officer at Woods Hole Oceanographic Institution in Massachusetts, Ballard worked extensively with deep-submergence vehicle Alvin (DSV-2). After transitioning to the Naval Reserve in 1970, he completed a Ph.D. in marine geology and geophysics at the University of Rhode Island. He continued to work at Woods Hole, where he was part of a team that discovered deep-sea thermal vents near the Galapagos Rift. Best known for his 1985 discovery of R.M.S. Titanic at a depth of 12,000 feet, Ballard also led other shipwreck discoveries, including USS Yorktown (CV-5), USS Quincy (CA-39) and President John F Kennedy's PT-109. Ballard retired from U.S. Naval Service in 1995. In 1989, he founded the distance learning program the JASON Project, which reached 12 million school children; and the Institute for Exploration in Mystic, Conn, and is also the founder and president of the Ocean Exploration Trust. 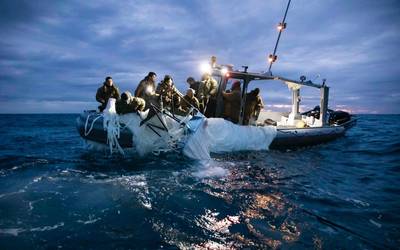 Experts Ready to Reassemble Medieval Vessel Found in the Mud 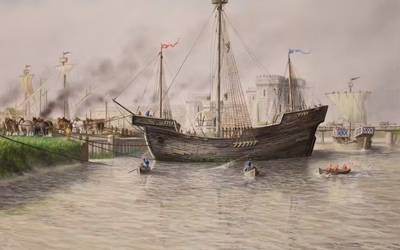 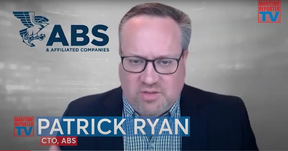