Under the three-year memorandum of understanding (MoU), Corvus Energy becomes the preferred partner for Yaskawa Environmental Energy / The Switch in the ongoing development of the.

According to the companies, connecting high-energy-content batteries to one electrical system carries high risk of releasing a massive amount of short-term current that can result in system damage.

Battery packs consequently have to be split between several DC-Hubs to handle the amount of energy.

"The more batteries you hook up, the more DC-Hubs would be required –  theoretically up to eight for a 20 MWh ESS. The innovation BSCL brings is to limit short-term current from each set of batteries, immediately blocking the short-circuit system. This allows more batteries to be connected to the electrical system and fewer DC-Hubs, making the entire system more compact and representing a significant financial saving. The space-saving in terms of cabinet length means less CAPEX while at the same time promoting safety, efficiency, and reliability," the companies said in a statement.

"The BSCL is essentially an ultra-fast, semi-conductor-based protection device that operates based on actual system measurements with microsecond response. It opens the DC electrical circuit by disconnecting a battery set in the event of a fault anywhere in the  system, preventing the battery set from discharging itself. Such a  sudden release of energy could result in major damage and, in the worst case, an electrical fire. BSCL minimizes the risk by stopping the energy loss in microseconds,” said Teemu Heikkilä, Head of Product Line,  Converters at Yaskawa Environmental Energy / The Switch. 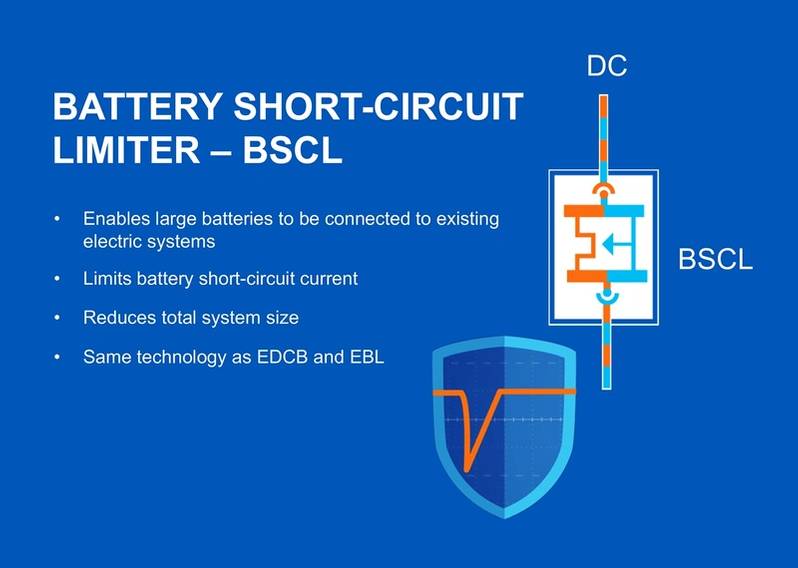 “From a technical perspective, the market hasn’t yet come to grips with this connectivity challenge. Class rules, which were primarily designed for  AC/DC systems, are lagging behind the rapid pace of technology in DC  power distribution. The BSCL is the first product fit for purpose with battery systems that are getting bigger almost by the day. Its key benefit,  mirroring the electrification trend where the larger the ESS the better, is that you can increase the energy content of the ESS while minimizing the number of parallel systems required. In principle, implementing  BSCL means you still only need two DC-Hubs for an ESS up to 40 MWh, so  the savings grow in tandem with the size of the battery package,” he added.

While battery systems on board ships until now have been limited to below 10 MWh installations, future projects are increasing to many times this size. The device works for the entire Corvus ESS portfolio,  including Corvus Orca, but is particularly suited to Corvus Energy’s  Blue Whale ESS, which is designed to meet large operational energy demands at a cost-effective kWh price, Corvus said.

The Battery Short-Circuit Limiter (BSCL) is a standalone product to be placed close to the batteries and between drives. The space-saving it generates complements Blue Whale’s low weight and low total system volume, Corvus said. The  BSCL can also be retrofitted to existing systems for extra security.