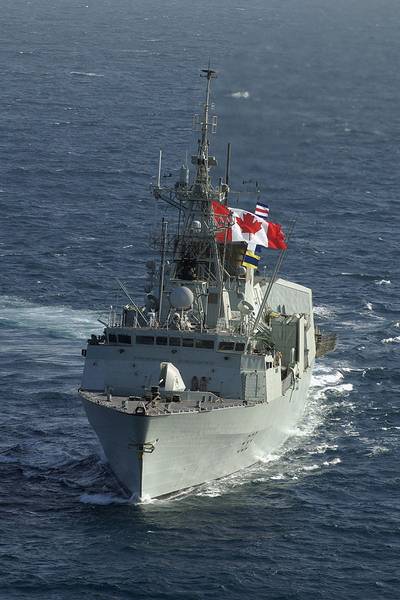 OSI Maritime Systems Signs Contract with the Royal Canadian Navy to Provide In-Service-Support and an Upgrade to the Most Advanced ECPINS-W Sub 6.0

OSI Maritime Systems announced that it has signed a contract to provide in-service-support for its ECPINS-W Sub software - ECPINS is the only ECDIS independently certified against NATO WECDIS STANAG 4564.  The software is in service across the Royal Canadian Navy surface and subsurface fleet.  Under the terms of this contract, OSI will provide an upgrade to its most advanced ECPINS-W Sub software and provide in-service support for this software for six years, with options to extend for up to 20 years.

OSI has been supporting the Royal Canadian Navy warship integrated navigation system requirements since 2001 and the recent six-year in-service-support contract confirms the Navy’s long-term commitment to the company and its technology.

OSI recently announced the signing of a contract with the Royal Australian Navy to provide in-service-support for the company’s world leading ECPINS-W software, installed across their fleet of warships and submarines.