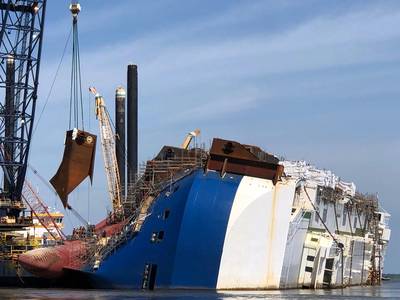 T&T Salvage installed the final lifting lug on the M/V Golden Ray, a roll-on, roll-off vessel that ran aground and overturned near the Port of Brunswick in Georgia in September.

The 16 lugs welded to the frame of the Korean-owned car carrier will provide connection points for the 255-foot tall Versabar VB 10,0000 twin-gantry crane catamaran to fasten to in order to secure sections of the hull as they are cut from the wreck during the Golden Ray’s removal from St. Simons Sound.

Weighing over 38 tons, the final lug was, like the others, individually designed and manufactured to fit a specific section of the hull in order to stabilize the ship for cutting and removal.

The Golden Ray will need to be dismantled in place and removed in pieces because the vessel, in its current position and condition, would not be able to support the stress exerted on the hull and keel during parbuckling operations. 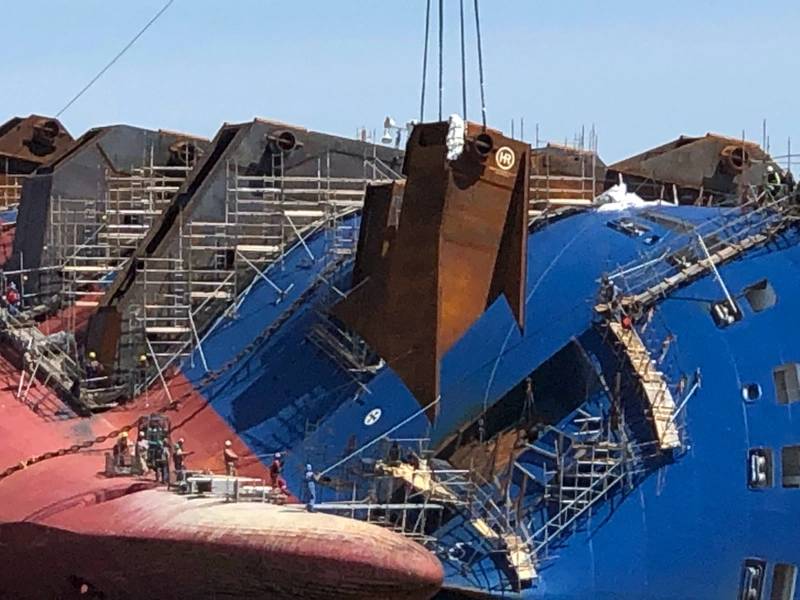 Workers guide the 16th and final lifting lug into place on the hull of the Golden Ray in St. Simons Sound, Ga., June 3. (U.S. Coast Guard photo by Tony Clark) 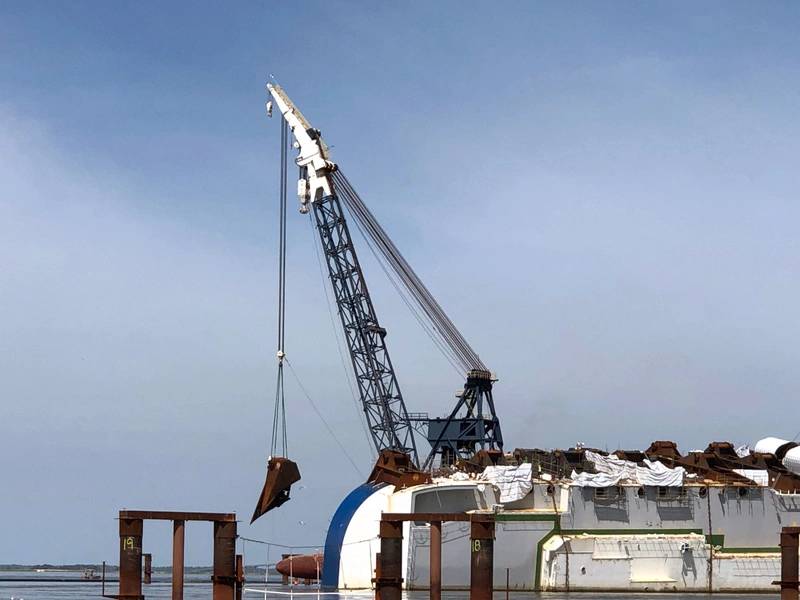 One of Puget Sound's oldest surviving wooden tugs is being restored after sinking in Hood Canal in the summer of 2017.Built in 1906 by James Hall…