OceanRail Logistics, part of the Cosco Shipping Group, acquired 60% of the Greek railway company Piraeus Europe Asia Rail Logistics (PEARL) as part of its plan to develop its intermodal transport services network.OceanRail specializes in sea-rail intermodal transport with the Piraeus Port as the hub and related logistics business, while PEARL is a Greece-based company engaged in railway operations.The China-Europe Land-Sea Express Line, which starts from the Piraeus Port in Greece and expands to the hinterland of Central and Eastern Europe…

Gdansk Ports Aims to be Gateway to Baltic

Europe’s fastest growing port, the Port of Gdansk, has outlined huge expansion plans designed to double its cargo volumes to 100m tonnes a year, during a high-level maritime and business delegation from Poland to Singapore.The delegation marks 50-years of diplomatic ties between the countries and is being organized with PSA International, the Singapore based global ports group. In May this year PSA International formally acquired DCT Gdansk, the largest container terminal in Poland…

Polish rail freight operator PKP Cargo has rebranded its Czech subsidiary Advanced World Transport (AWT) to PKP Cargo International. Besides the new name, the Czech company has obtained a new corporate logo and colours.Advanced World Transport is the second largest rail freight carrier in the Czech Republic. In May 2015, PKP Cargo S.A. took over 80 percent shares in the company, and in November 2017 the remaining 20 percent.In December 2018, AWT acquired 80 percent shares in the company Primol-Rail d.o.o.…

North Sea Port and Lineas are joining forces to increase efficiency with 12 new rail connections to the European hinterland.According to a press note from the cross-border port that consolidates the port areas of Vlissingen, Terneuzen and Ghent, this is a significant expansion of the volume of rail transport from the port.A new rail connection between Interface Terminal Ghent and the Lineas Main Hub in Antwerp allows goods to be shipped via the international rail network of Lineas.The 12 new destinations are Madrid…

FESCO Transportation Group, the largest intermodal transport operator in Russia, and Polish rail operator PCC Intermodal S.A. agreed on developing services of expedited cargo delivery from Japan, South Korea and China to European countries and vice versa through the Far East and Trans-Siberian Railway.The agreement of intent was signed during the Eastern Economic Forum.Using their experience and expertise, the companies are going to work on increasing the volumes of transit cargo shipped with Trans-Siberian Landbridge service launched this summer…

The global container shipping  MSC Germany S.A. & Co. KG is reallocating the responsibilities at the top of the company.Accoridng to  a press release the current Deputy Managing Director Nils Kahn, will take the lead for the German market as of 1st September 2019.Nils Kahn takes over the position from Dittmar Vösterling, who will remain the Senior Director for Germany, Austria, Czech Republic and Slovakia at MSC.This personnel change has been well-considered and prepared for a long time…

Advanced World Transport (AWT), a member of the PKP CARGO Group,  the largest rail freight carrier in Poland and a leading rail freight carrier in the European Union, has completed stage III of The Paskov Terminal modernization in the Czech Republic.A modern intermodal transshipment point in Paskov of 70,000 m2, with the capacity of 4,800 TEU and rail tracks of 3x 270 m and 2x 375 m is situated close to industrial zones and borders with Poland and Slovakia. In the Paskov Terminal AWT offers its customers comprehensive services associated with intermodal transshipment of goods.Strategic position in the heart of Europe allows for easy and fast connection to important European ports and terminals. It is situated close to the highway and it is connected to the national railway network. 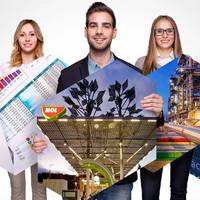 Japanese shipping giant has urged graduates to apply for the latest edition of its award-winning talent acquisition program, Growww.The Growww 2019 offers fresh graduates a unique opportunity to kick-start their career in one of the largest corporations in Central Eastern Europe, said a press note from the global transport company.Through the program MOL aims to develop a new generation of industry experts, offering them an opportunity to learn and solve real-life business challenges…

IMO to Push Nations for Legislation on Treaties

An important strategic objective for International Maritime Organization (IMO)  is improve the way its treaties and conventions are implemented, at the national level.Domestic implementing legislation is required but audits carried out by IMO reveal that, in many countries, it either doesn’t exist or is incomplete.To address this need, IMO offers an intensive 5-day workshop for lawyers and legislative drafters. It provides them with the tools they need to understand IMO treaties and how they are developed and adopted.

Twill, a digital freight forwarder designed to make shipping simple, has announced a change in its brand affiliation from Damco to Maersk.Launched in April 2017, Twill was created as a ‘Damco innovation’ and operated as a partner with the freight forwarder and supply chain management company, which is part of A.P. Moller - Maersk.The realigning of the brand will make it possible to offer Twill to all Maersk customers, in line with the A.P. Moller - Maersk strategy to become a…

European Cargo Logistics (ECL), an associated company of Lübecker Hafen-Gesellschaft mbH (LHG), and DSV Road AB, a part of DSV – Global Transport and Logistics, are now reaching another spot on the map, Zajeci in the South Moravian Region of the Czech Republic. This is now the most easterly destination in the ECL network. For DSV this is not a new destination, but it is a way to handle transports to eastern Europe in a more environmentally friendly way. “We do always look at alternatives for reducing the environmental impact… 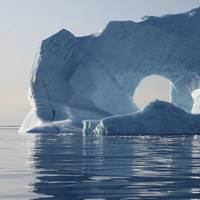 The Clean Arctic Alliance has applauded progress by International Maritime Organization member states towards banning use of the world’s dirtiest fuel – heavy fuel oil – from Arctic shipping. It also called for Member States to make every effort to adopt and rapidly implement a ban by 2021, as proposed by eight IMO Member States and supported by other countries during the meeting. Plans to develop a ban on heavy fuel oil (HFO) from Arctic shipping, along with an assessment of the impact of such a ban…

A rescue team freed the grounded freighter "Glory Amsterdam" from a sandbar near the North Sea island of Langeoog and ruled out an oil leak, German authorities said on Thursday. Two large towing ships pulled the freighter to deep water and 16,000 tons of ballast water were pumped out of it, said Simone Starke, spokeswoman for Germany's Central Command for Maritime Emergencies. Environmental and fishery groups warned of dire consequences to the Wadden Sea, a UNESCO World Heritage site, if the ship began leaking 1,800 tonnes of heavy oil and 140 tonnes of marine diesel on board but there was no damage to the hull, authorities said. "No leaking was found during the towing process. An oil monitoring plane will accompany the barges towards Wilhelmshaven," said Starke.

Bulker May Remain Stuck on German Sandbar until Friday 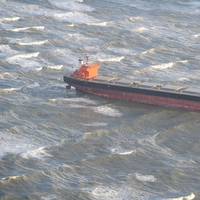 It may take until Friday to free the grounded freighter "Glory Amsterdam" from a sand bar near the North Sea island of Langeoog, German authorities said on Wednesday, but no holes or cracks are evident in the ship's hull to trigger an oil leak. Shallow waters off the island had forced officials to revise initial plans to dislodge the 225-metre (742-foot) freighter, which ran aground during a storm that killed at least six people in Germany, Poland and the Czech Republic. Environmental and fishery groups have warned of dire environmental consequences to the Wadden Sea… 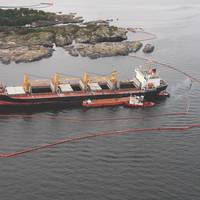 As the International Maritime Organization’s (IMO) Marine Environment Protection Committee (MEPC 71) concluded  on last Friday, the Clean Arctic Alliance welcomed the support from Member States for a proposal to identify measures which will mitigate the risks posed by the use of heavy fuel oil (HFO) in Arctic waters, and called on the IMO to work towards a swift conclusion of the work. The proposal, Measures to Reduce Risks of Use and Carriage of Heavy Fuel Oil as Fuel by Ships in Arctic Waters was proposed by Canada… 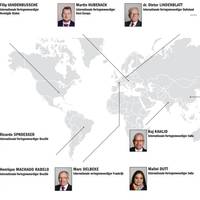 Malini Dutt, Robert Feng and Martin Hubenack have recently been appointed to represent the port of Antwerp in India, China and Eastern Europe respectively. This brings the number of port representatives to 12, reinforcing Antwerp's presence in its core hinterland and important overseas growth regions. The task of these representatives is to keep Antwerp "top of mind" with local companies, ports, chambers of commerce and other players. With an annual freight volume of 6.4 million tonnes carried between it and the Indian ports, Antwerp is the European market leader for this region. 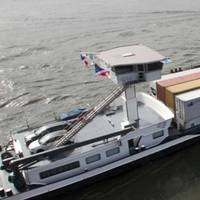 The rail operator H&S Container Line is introducing an additional round trip between Andernach in Germany and the two container terminals in the Deurganck dock in the port of Antwerp. H&S already operates on this route, but is raising the frequency to twice per week thanks to financial support from Antwerp Port Authority. The support offered to H&S Container Line is the result of a Call for Proposals (CfP) launched in October last year by the Port Authority to attract projects…

GROWWW, MOL Group’s award winning recruitment and development programme is looking for talents again in 2017. Fresh graduates and young professionals with up to one year experience who plan their career with one of the largest corporations in the Central Eastern European region will have a unique opportunity to pursue their goals. In line with the MOL Group 2030 strategy, the company looks to the future and aspires to provide the best and most desirable services to people on the move, and in order to achieve these goals, MOL Group needs new and open-minded talents more than ever. 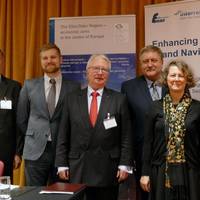 European cooperation is necessary in order to integrate inland waterway transport better into the multimodal logistic chains. the annual capital conference of KEO - Chamber Union Elbe/Oder. EMMA enhances freight mobility and logistics by strengthening inland waterway and river-sea transport and promoting new international shipping services. “Now it is time to deliver results and to contribute to discussions on future European transport policy developments. More than 50 organisations are supporting EMMA to bring the project to success”…