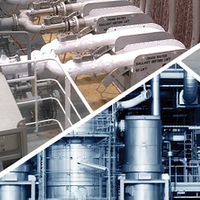 Trelleborg has acquired Signum Technology Ltd. The acquisition of Signum and its subsidiary companies Gall Thomson, KLAW LNG, KLAW Products, and Vee Bee Filtration., provides safety-critical solutions for flow control applications, including Marine Breakaway Couplings (MBCs) and safety solutions for LNG transfer systems.The move is part of Trelleborg’s strategy to strengthen its position as a system provider in oil and gas market segments, such as ship-to-ship and ship-to-shore LNG transfer.Signum Technology is headquartered in Wiltshire… 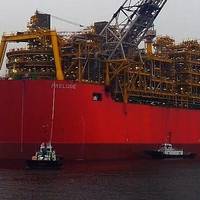 Flowserve Corporation (FLS), a provider of flow control products and services for the global infrastructure markets, has entered into a five-year contract with Shell Australia to provide general maintenance services for Shell’s Prelude Floating Liquified Natural Gas (FLNG) facility, which is producing natural gas from an offshore field in Western Australia.A press release from the American multinational corporation said that it will support Prelude from its recently refurbished Quick Response Center (QRC) in Darwin… 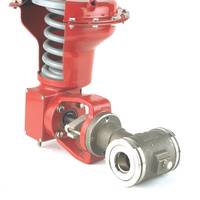 Leslie Controls, a CIRCOR International brand, and a worldwide manufacturer of valves for the power generation, industrial, marine and oil and gas markets for over a century, features its K-Max Eccentric Plug Rotary Control Valve, one of the most versatile and robust valves of its type. The K-Max incorporates the cam-action, low-friction plug operation that provides tight shutoff over a long service life in a variety of flow control applications, including high and low-pressure steam systems; clean, dirty, and corrosive liquids and gasses; and erosive and abrasive slurries. 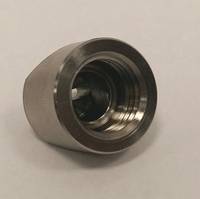 Hardness, corrosion resistance and impact strength are determinate factors in the lifecycle costs of wearing parts made of steel bar such as valve seats, bending guides and nozzles for abrasive liquids. The material's machinability, however, is just as relevant for quality and cost effectiveness. Ugitech now for the first time introduces to the market a stainless steel with outstanding values that meet all of these criteria. UGIMA 4116N is extremely hard thanks to the addition… 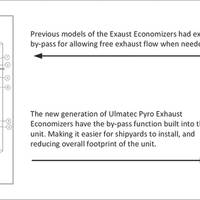 Next generation economizers are being introduced by Ulmatec Pyro. This will carry on the history of 35 years of heat recovery from ship’s exhaust – a technology that’s still unknown for many in the marine industry. You can’t ignore waste energy recovery systems if you want to participate in discussions about efficient marine designs. That statement is based on the fact that most diesel engines on board a vessel still operate on an efficiency scale in the 30 percent range. The remaining 60-70 percent represents losses, converted into heat.

Acquisition expands operational capabilities to include design and manufacturing and demonstrates commitment to U.S. based manufacturing sector. Moody says that it will provide a broader suite of products for its marine and commercial customer base. JA Moody, a privately held family business with its headquarters in Malvern, PA, that has been distributing valves and actuators to the U.S. DOD and commercial entities for 65 years, today announced that it’s parent company has completed the acquisition of Pima Valve.

How to Reduce Risk When Selecting a Ballast Water Management System 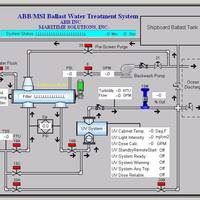 It seems like a lifetime coming, but the IMO International Convention for the Control and Management of Ships' Ballast Water and Sediments (BWM) has been approved and will enter into force on September 8, 2017. Deemed as an environmental necessity, it creates an enormous operational challenge for the maritime industry. As ship owners, system installers and BWM system manufacturers alike prepare for the many challenges associated with implementation, it would be wise to more closely evaluate the real (and sometimes hidden) risks to system operators and manufacturers. 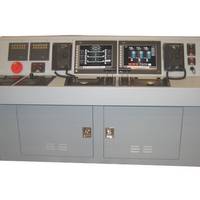 The marine industry is becoming increasingly competitive, with many looking to lower transportation costs while demanding the highest environmental and safety standards. Automating vessel operations and systems can significantly improve a vessel owner’s competitive edge in the market, by reducing staffing requirements, improving asset management, maintenance costs and minimizing risk of environmental incidents due to human error. On a ship, there are many parameters that needs to be controlled or monitored including: temperature… 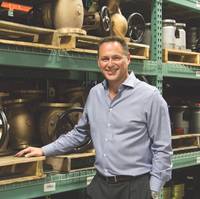 The story of World Wide Metric’s steady growth and promising future. Words are powerful, and “Growing up Metric,” the title of the recently released book by George Contos, the energetic CEO and second-generation ‘Contos’ leader of World Wide Metric, is a fitting title. Contos recently sat with Maritime Reporter & Engineering News in his Branchburg, N.J. headquarters to discuss how his company has grown from roughly $3 million per year when he took over in 2000, to over $20 million per year today, with its course set for $50 million by 2026. 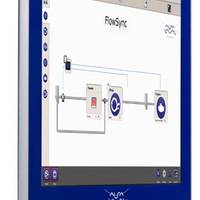 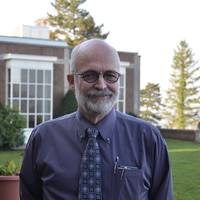 Webb Institute has appointed Benjamin H. Scott as the Assistant Professor of Marine Engineering. Scott is a design engineer with over 30 years of experience in thermal and hydraulic analysis, heat exchanger design, thermal performance testing and fluid system design. Scott recently retired from Exelon Corporation as the senior manager of design engineering at their Calvert Cliffs Nuclear Power Plant in Lusby, Md., where he oversaw a staff of 60 multidiscipline engineers responsible for all plant modifications and improvements… 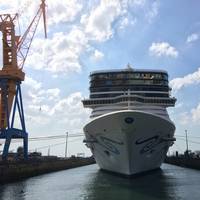 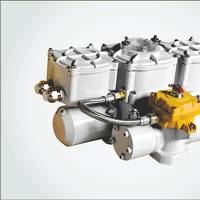 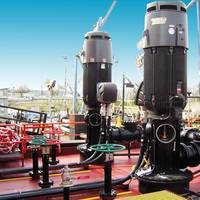 The offshore oil and gas industry uses Floating Production, Storage and Off-loading (FPSO) vessels to process and store gas or oil until it can be unloaded onto tankers or forwarded through a pipeline. Leistritz Screw Pumps are responsible for boosting the produced water into a hydro cyclone where the remaining oil and sand will be extracted. Since 1924 Leistritz Pumpen GmbH has been manufacturing screw pumps for almost any application in the shipbuilding industry and has established itself as a leader worldwide. 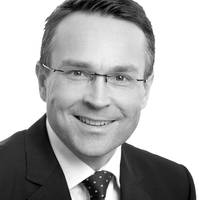 Norvestor VI, L.P., a fund advised by Norvestor Equity AS, announced it has signed an agreement to invest in Ing Per Gjerdrum AS including its subsidiaries PG Hydraulics AS and PG Construction AS. The transaction is expected to close end of October 2014, subject to customary approval from the Norwegian Competition Authorities. Following the acquisition, Norvestor will become the largest shareholder in PG with about 63 % of the shares, while the remaining shares will be held by Mads Gjerdrum and Roy Norum. The company had revenues of NOK 552 million in 2013. 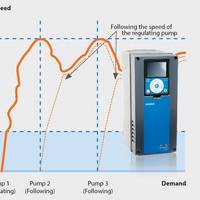 The VACON 100 FLOW is an AC drive designed to improve flow control for multi-pump applications in which several pumps are used in place of a single one. Multiple pump solutions help lighten the load by spreading it across several pumps, thus offering greater energy efficiency and system redundancy – if one pump fails, the others can take up the additional load. For operations in which demand fluctuates throughout the course of the day, such as a municipal water system providing peak water consumption in the morning and minimal usage at night…

WorleyParsons announced the appointment of Neil Mackintosh as INTECSEA president, following the retirement of Uri Nooteboom. Mackintosh will join INTECSEA on July 8, 2014 and be based in Houston, Texas. Departing president Uri Nooteboom will assist Mackintosh with his transition until the end of August and be available as an advisor to Neil thereafter. Nooteboom joined INTECSEA in 1990. Over the years he has taken on leadership roles of increasing responsibility and in 2010 was named president of INTECSEA. Incoming president Neil Mackintosh joins INTECSEA from Genesis Subsea (Technip) where he recently served as Senior Vice President. Prior to Technip, he held multiple commercial, technical and operational leadership roles with McDermott, Flow Control and Cameron.

World Wide Metric announced they will be exhibiting at the 2013 International Work Boat Show in New Orleans, Louisiana on October 9-11, 2013 at booth #3542. This year they will strive to educate attendees about their products at the show, that include vent head and butterfly valves, hydraulic fittings and tubes, pipe couplings and anticorrosion products. The International Work Boat Show connects attendees to the best resources in the maritime industry all in one convenient location. With more than 1,000 exhibitors and thousands of innovative products, attendees can meet and negotiate face to face with colleagues and suppliers to find new ideas that bring in business and save money.

A new self-loading/unloading cement carrier for Japanese Taiheiyo Engineering Co will feature MacGregor cement handling systems designed to carry three grades of cement at a rated capacity of 1,000t/h. MacGregor, part of Cargotec, has secured a new order for autonomous loading and unloading systems for an 8,700 dwt cement carrier to be built for Japanese shipowner Taiheiyo Kisen Kaisha Ltd. "The totally enclosed cement handling arrangements will ensure flexible, efficient and clean cargo operations," said Anders Berencsy, Sales Manager, Selfunloaders at MacGregor. The 109m vessel will have four cargo holds, each divided into two compartments. The cement handling system is designed to carry up to three grades of cement in each shipment.

Farris Engineering, a business unit of Curtiss-Wright Flow Control, announced it has entered into an agreement with marine valve sales and service company JA Mood,. designating them as the Farris Engineering sales representative to the U.S. Navy and commercial marine markets. JA Moody brings to the agreement more than 50 years of experience in flow control products for naval and commercial marine customers with specialized expertise in Navy and other military-specified valves and valve actuation. With five sales offices located in major port cities along the Pacific, Gulf and Atlantic coasts, JA Moody is strategically positioned to represent Farris products aimed directly to the marine market. “Our agreement with JA.

Simmons & Co in Aberdeen completed 14 deals in 2012 valued $2.3-billion, more than double the 2011 total value. The corporate finance advisers to the energy sector have played a significant role in many of the most prominent transactions that took place across the oil and gas service sector in 2012 including deals subsea, well services, drilling and completions sectors. Colin Welsh, chief executive officer at Simmons said: "Getting the best result for our clients in the current environment has been challenging because the market dynamics keep changing as new buyers emerge and the sector becomes more geographically diverse. It helps that we focus exclusively on energy because our market intelligence is always current".