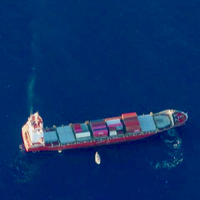 The Coast Guard and good Samaritans aboard two commercial vessels located and rescued the crew of the 42-foot white dismasted sailing vessel Coco Haz III 656 miles west southwest of the Hawaiian Islands, Sunday.The three crew are reportedly in good condition, with one possible concussion after further assessment by a flight surgeon, and en route to Honolulu aboard the motor vessel Kalamazoo. They are expected to arrive later in the week.Crews aboard a Coast Guard HC-130 Hercules and a U.S. Navy P-8 Poseidon airplanes conducted searches over several days. 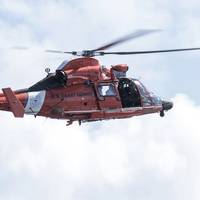 The Coast Guard is searching for seven people overdue aboard a tour helicopter on Kauai, Thursday."The weather conditions are challenging. We have trained crews responding and on scene searching for any signs of the helicopter and those aboard," said Petty Officer 1st Class Robert Cox, Coast Guard Joint Rescue Command Center Honolulu.The owner of an overdue tour helicopter contacted watchstanders at JRCC Honolulu at 6:06 p.m. They stated the aircraft was due back at 5:21 p.m. from a tour of Kauai's Napali Coast with one pilot and six passengers. Two of the six passengers are reportedly minors.

Following reports by two seafarers onboard the Alp Striker during the night of Sunday to Monday, of signals that they interpreted as potentially emanating from a distress flare, the vessel immediately set a course for the area, in coordination with the CROSS Antilles-Guyane.The CROSS called on 3 additional commercial vessels to change course and head to the area reported as being the origin of the signal. It also received air support from U.S. authorities by way of the aircraft Hercules C-130. The search operations led by the Alp Striker, involving namely drones, as well as the operations carried out by the three other vessels, and the flyover by the U.S. 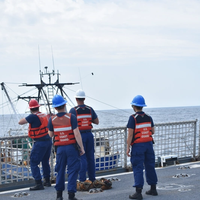 The Coast Guard assisted two people aboard a 67-foot commercial fishing vessel 149 miles east of Cape Henry, Thursday.Watchstanders at Coast Guard Sector Hampton Roads received the initial call Wednesday afternoon from the vessel, who stated its engine was excessively burning oil and would not be able to make it back to shore.The crew of Coast Guard Cutter Forward, a 270-foot Medium Endurance Cutter homeported in Portsmouth, was diverted from their patrol to respond, and an HC-130 Hercules aircrew from Coast Guard Air Station Elizabeth City… 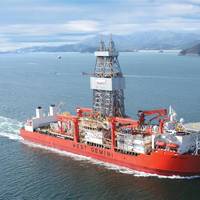 The deepwater drilling contractor Seadrill said that its contract backlog, as of May 23, 2019, totaled approximately $1.9 billion.The drilling services provider said it has added $130 million of additional backlog from March, including the AOD I award of a three year follow on contract with Saudi Aramco keeping the unit employed until June 2022, which adds approximately $82 million in backlog.In addition, Equinor exercised two options for the West Hercules in Norway adding approximately $17 million in backlog. 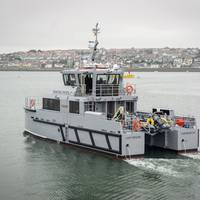 Incat Crowther announced the launch of Lady Megan, a 19m Catamaran Fisheries Patrol Vessel. Built by Mainstay Marine for the Welsh Government, Lady Megan is designed to be a robust and versatile vessel that packs immense functionality into its modest platform and is designed to operate year round in the Irish Sea.The aft working deck of Lady Megan is the epicenter of this functionality, featuring a hydraulically operated tender launch and recovery system, capable of launching and retrieving a 5m RIB while the vessel is in motion in Sea State 3. 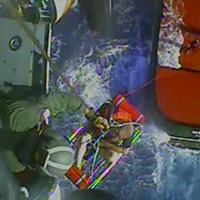 The Coast Guard rescued a 57-year-old man Thursday 170 miles west of St. Petersburg.Coast Guard Sector St. Petersburg command center watchstanders received a call via satellite phone at 1:24 p.m. from the master of the Mariya Moran, a 120-foot tug, stating a crew member was suffering from chest pains and was in need of medical attention.A Coast Guard Air Station Clearwater MH-60 Jayhawk helicopter crew and an HC-130 Hercules airplane crew launched to assist and arrived at 4 p.m.The… 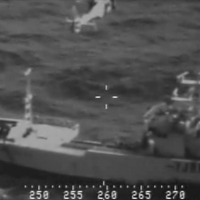 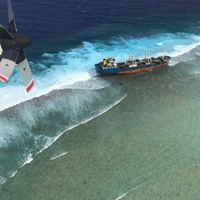 The U.S. Coast Guard today released these images of the stricken vessel.A Coast Guard HC-130 Hercules aircrew flies over the 308-foot Chinese-flagged commercial fish carrier Ou Ya Leng No. 6 on Taka Atoll in the Marshall Islands, Jan. 3, 2019 MHT.Two fishing vessels are en route and expected to arrive Thursday. The Republic of the Marshall Islands has also dispatched their patrol vessel Lomor to respond.The vessel is reportedly a fish carrier targeting squid in the Western and…

Fishing Vessel Aground in the Marshall Islands 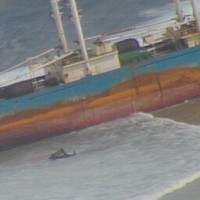 The U.S. Coast Guard response continues to the grounding of the 308-foot Chinese-flagged commercial fishing carrier Ou Ya Leng No. 6 on Taka Atoll in the Marshall Islands, Wednesday.A Coast Guard HC-130 Hercules crew arrived and made contact with the mariners who remain aboard the vessel and are awaiting rescue.Initial reports from MRCC China stated the crew abandoned ship and were on the atoll, but upon arrival, the Hercules crew confirmed they are aboard the vessel and using emergency generator power. 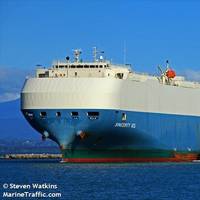 The Coast Guard has suspended the active search for the remaining unaccounted for crewmember of the Sincerity Ace, Wednesday.“Following the conclusion of morning and afternoon searches by our aircraft and commercial vessels we suspended the active search. This is always a difficult decision and takes many factors into account,” said Chief Petty Officer Dennis Vetrano, with Coast Guard Joint Rescue Coordination Center Honolulu. "We extend our condolences to the families and loved… 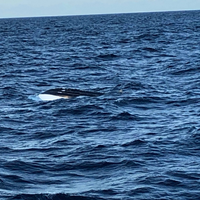 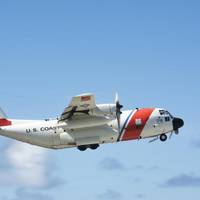 The Coast Guard and good Samaritans aboard several commercial vessels are responding to a reported vessel fire on the 650-foot Sincerity Ace 1,800 nautical miles (2071 statute miles) northwest of Oahu on the high seas, Monday.“The distance involved here requires any and all available support, we thank the crews of the commercial vessels for volunteering to assist and have Coast Guard air support en route,” said Petty Officer 1st Class Les Elliott of JRCC Honolulu.One commercial vessel… 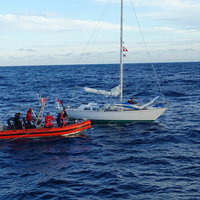 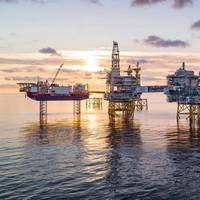 Norwegian multinational energy company Equinor Energy has made discovery containing up to 24billion cubic feet of gas in the Barents Sea. Two exploration targets were found, with the first containing between 10 and 20billion cubic feet, the other between one and four billion.The discovery’s profitability is currently unclear, said a statement from the Norwegian Petroleum Directorate (NPD)."Equinor Energy AS has completed the drilling of wildcat well  about 15 kilometres northwest of discovery well (Atlantis) and 370 kilometres north of Hammerfest. 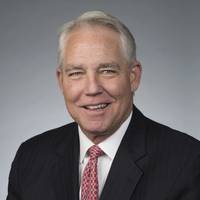 Mr. John Rynd graduated from Texas A&M University with a Bachelor of Arts degree in Economics. He previously served as Chief Executive Officer and President, and as a director of Hercules Offshore from 2008 through 2016. Prior to his time with Hercules, Mr. Rynd spent 11 years with Noble Drilling Services, Inc., where he served in a variety of management roles. Earlier in his career, he served in various roles of increasing levels of responsibility with Chiles Offshore and Rowan Companies. Beyond this, Mr. 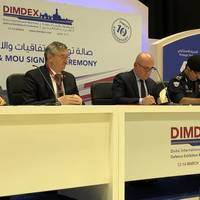 Turkey’s ARES Shipyard and partner BMT have secured a new order from the Qatari Coastguard to produce nine additional patrol boats on top of the 17 vessels already ordered.   The new order, which was officially signed during DIMDEX (Doha International Maritime Defense Exhibition and Conference) last week, includes three 48-meter ARES 150 HERCULES Offshore Patrol Vessels (OPVs) and six 24-meter ARES 80 SAT Special Operations Support and Fast Attack Craft, all of which are expected to be delivered by the end of 2020.

West Phoenix to Drill in UK and Norway

Statoil and its partners have contracted the West Phoenix rig for exploration drilling on the U.K. and Norwegian continental shelves from the summer of 2018. The contract is awarded to the two Seadrill companies North Atlantic Drilling UK Ltd. and North Atlantic Norway Ltd. The semi-submersible rig West Phoenix will first drill an exploration well for the Ragnfrid North license on the Norwegian Continental Shelf (NCS), followed by three wells on the U.K. Continental Shelf (UKCS). The rig has been approved by authorities for use both on the NCS and UKCS. 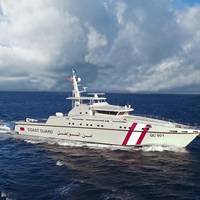 The first of two new 48-meter patrol boats for the Qatar Coastguard has completed sea trials. BMT has partnered with ARES Shipyard (ARES) to design and build 17 patrol boats from advanced composites in 36 months – 18 months ahead of schedule. The latest in the series – the 48-meter ARES 150 HERCULES has just completed sea trials with the vessel achieving a maximum speed of 37 knots. The total order from the Qatar Ministry of Interior, Coastguard has comprised of three different vessel sizes: five of 24 meters, 10 of 34 meters and two of 48 meters.

Tidewater Inc. (NYSE: TDW) appointed John T. Rynd as the company's new President and CEO and a member of the Board of Directors effective March 5. He replaces Larry T. Rigdon who has served as interim President and Chief Executive Officer since October of 2017. Tom Bates, Chairman of the Board of Directors, said "After completing a comprehensive search, the Board is very pleased to welcome John to the team. He brings with him considerable experience in the offshore drilling services sector and the global oil and gas industry as a whole. Rynd previously served as Chief Executive Officer and President, and as a director of Hercules Offshore from 2008 through 2016.

TAQA Bratani has awarded Solstad Farstad ASA a contract for the Platform Supply Vessel PSV Far Spica (2013, PSV 08 CD Design). The contract is the duration of TAQA’s mobile drilling Campaign in the UK Sector, which is approx. 18 Months,   with expected commencement in Q1 2018. Far Spica is currently trading the North Sea Spot Market. AGR Well Management Limited has awarded SOFF a contract for the PSV Normand Aurora (2005, P105 Design). The contract duration is for 1 well firm + 1 well options supporting West Hercules in the UK Sector and the commencement is expected to take place March 2018.