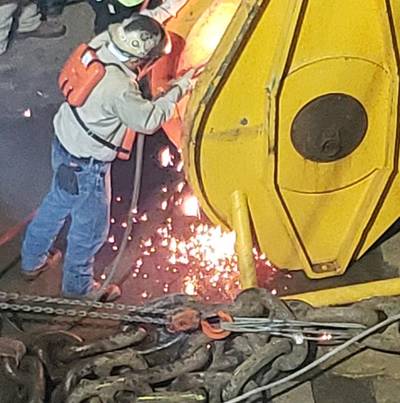 The crew working to cut and lift sections of the capsized car carrier Golden Ray in Georgia's St. Simons Sound has resumed salvage efforts after suspending operations ahead of a tropical storm that traveled up the southern U.S. East Coast late last week.

The team resumed operations to cut the first vessel section using the specialized heavy lift crane vessel VB 10,000 on Monday after the storm had passed and responders redeployed protective boom at the environmental protection barrier (EPB) surrounding the wreck site and at sensitive areas around St. Simons Sound that was removed prior to Tropical Storm Eta.

During the pause in cutting, responders were able to make modifications to the cutting apparatus to improve its performance.

“We have implemented multiple layers of defense and protectively positioned equipment to mitigate potential threats to the environment. Our recovery and assessment personnel are actively monitoring the water and shoreline,” said State On-scene Coordinator John Maddox of the Georgia Department of Natural Resources. “We expect that some debris will escape the EPB and encourage the community to notify us immediately if they encounter any debris on the shoreline or in the water using the phone number provided.”

The pause is the latest in string of setbacks for one of the most complex salvage projects in U.S. history. Teams have already encountered delays relating to difficult environmental conditions, a COVID-19 outbreak among crew, mooring system adjustments for the VB 10,000 and a broken cutting chain.

The ship will be dismantled in place and removed in sections. Salvors have installed 16 lifting lugs on the wreck to provide connection points for the U.S.-flagged VB 10,000, which has two 255-foot tall gantries that will use lengths of chain to cut the RoRo vessel into eight pieces and lift them onto barges for transportation to Gibson, La. for recycling. Sections containing cars will be unloaded in a drydock near the wreck site prior to being transported to Louisiana. 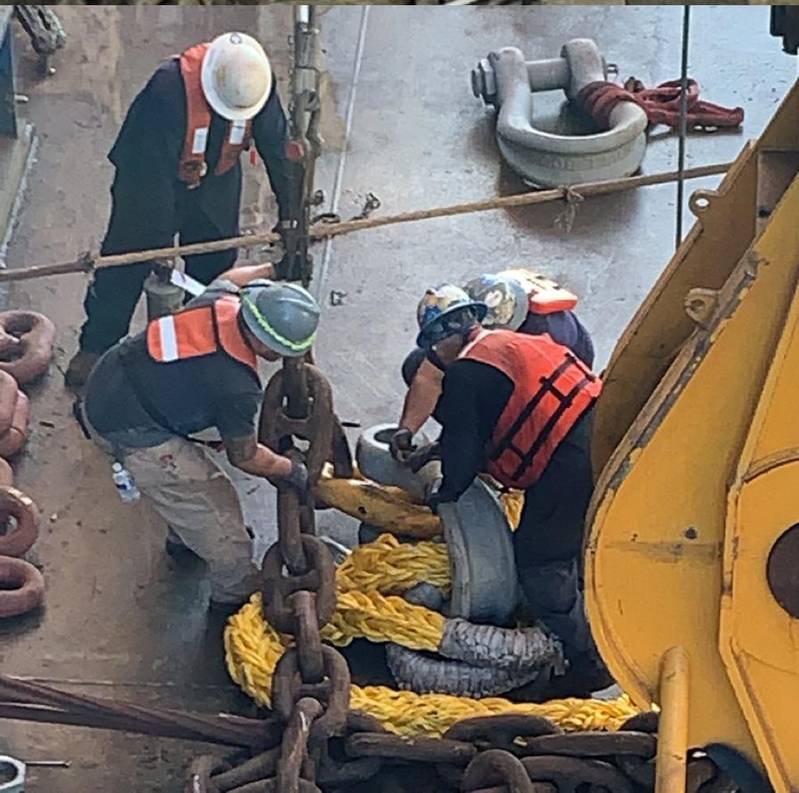