Mediterranean Shipping Company (MSC), the world’s second-biggest container shipping line, has decided not to use the Arctic as a new short cut between northern Europe and Asia and will instead focus on improving environmental performance on existing global trade routes.In declaring the northern sea route out of bounds, MSC follows CMA CGM and Hapag-Lloyd that have similarly eschewed the commercial benefits of an Asia-North Europe option that is 30 percent shorter than the southern…

MSC Mediterranean Shipping Company, the world's second-largest shipping line in terms of container vessel capacity, SA announced that it is increasing its majority stake in the container terminal operator Terminal Investment Ltd (TiL) to 60%, following a deal with Global Infrastructure Partners (GIP) and other co-investors.MSC also welcomes a new partner to the shareholding of TiL after Global Investment Corporation (GIP), a Singaporean Sovereign Wealth Fund, acquired a 10% stake in TiL from GIP and other existing co-investors.New York-based GIP…

The provider of container shipping services MSC Mediterranean Shipping Company is a new member of the North American Marine Environment Protection Association (NAMEPA), which works to preserve the marine environment by promoting sustainable maritime industry best practices and educating the public."MSC is committed to promoting a sustainable business model, remaining true to its roots and its core family values. Regardless of the challenges and transformation we might face in today’s business world…

Container shipping giant Mediterranean Shipping Company (MSC) has secured a USD 439 million financing to fit 86 exhaust gas cleaning system (EGCS) or scrubbers  to its fleet.BNP Paribas (BNPP) was the co-ordinating bank and agent on the agreement, together with a syndicate of four other banks as lenders, said the law company Watson Farley & Williams (WFW).The SINOSURE-backed loan would be used to finance the manufacturing and installation of the scrubbers on board 86 container ships owned by the MSC group in light of the implementation of the International Maritime Organisation’s low sulphur c

Abu Dhabi Ports subsidiary Maqta Gateway said that it is to carry out its first testing of international blockchain solution Silsal with a maritime operator in partnership with MSC Mediterranean Shipping Company, a global leader in shipping and logistics.Silsal provides a seamless and secure link between stakeholders across the trade community using the electronic ledger system.As a major carrier, MSC will provide vital information and feedback on the international pilot project…

The container shipping and logistics giant MSC Mediterranean Shipping Company is increasingly introducing smart container solutions for customers at many locations around the world, using IoT solutions developed by its partner TRAXENS.MSC is committed to equipping 50,000 dry cargo containers in the coming months to meet the growing demand from shippers for TRAXENS solutions, said a press release from the company."MSC’s partnership with TRAXENS will enhance supply chain management for shippers through unprecedented visibility of dry cargo flow from door-to-door… 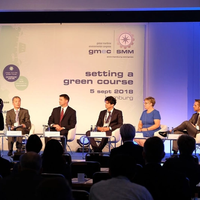 At gmec, the global maritime environmental congress (gmec) during SMM in Hamburg, high-profile business and science experts discussed how the global shipping industry can achieve the International Maritime Organization’s (IMO) environmental goals while continuing to provide its services at competitive prices.“We are at the beginning of a new chapter in the history of shipping,” said Tian-Bing Huang, Deputy Director - Marine Environment Division at the IMO, in his opening keynote.There is no question that the shipping sector is facing huge challenges…

The shipowning group Mediterranean Shipping Company (MSC) has appointed Ammar Kanaan as Chief Executive Officer of its cargo container terminals arm Terminal Investment Limited (TiL). TIL directly manages or crosses 53 container terminals in ports of five continents. As the founder and Chairman of International Port Management, Ammar Kanaan brings a wealth of expertise and 30 years’ experience in the transport and port sectors. He has built companies focused on port management…

The world's no. 2 container line Mediterranean Shipping Company (MSC) is in talks to acquire a stake in smaller Italian counterpart Messina, the Swiss-headquartered group said, in another sign of consolidation in the sector. Container lines are battling their worst ever downturn due to a glut of ships and weaker demand - prompting rivals to form vessel-sharing arrangements or pursue other measures including mergers and acquisitions. Privately owned MSC said it had held a meeting on Friday in Genoa with Messina and senior management from lender Banca Carige. "The aim of the meeting was the possibility of an entry by MSC Group into the shareholding of the Genoa-based group," MSC said in an emailed statement sent on Tuesday.

Following the delivery of Harmony of the Seas on May 12 in Saint-Nazaire, the American group Royal Caribbean Cruises Ltd. signed an order for three additional vessels, one for its brand Royal Caribbean International (RCI ) and two brand Celebrity Cruises. This exceptional order, which remains subject to customary conditions and documentation of financing, complete the order book of the yard until 2023. Long 362 meters for a tonnage UMS 227,000, equipped with 2,750 passenger cabins to accommodate more than 6… 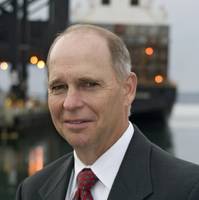 A little-known annual American commemoration is coming up again on May 22 - National Maritime Day. It was declared by Congress in 1933 to call attention to America’s proud maritime heritage and to honor the men and women who serve and have served as U.S. merchant mariners. It’s also a day to recognize and reflect on the rewards that America’s ports bring the country in terms of jobs, economic development, goods movement and international competitiveness. For the American Association… 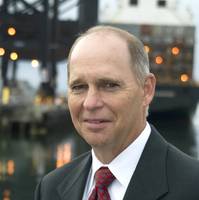 Host of U.S. A little-known annual American commemoration is coming up again on May 22: National Maritime Day, declared by Congress in 1933 to call attention to America’s maritime heritage and to honor the men and women who serve and have served as U.S. merchant mariners. It’s also a day to recognize and reflect on the rewards that America’s ports bring the country in terms of jobs, economic development, goods movement and international competitiveness. For the American Association…

MSC Cruises will this week become the first major liner to start operations in Cuba, part of its efforts to grow a global presence, the Swiss group's chief executive said. U.S. President Barack Obama and Cuban President Raul Castro announced a year ago they would work toward a normalisation of relations after half a century of Cold War hostility, although a U.S. trade embargo of Cuba remains in place. Privately-owned MSC Cruises, the world's fourth biggest line, said while its cruises were not currently being offered to U.S. customers, bookings by Europeans and Canadians had been "above our estimations". "Out of the main four global cruise lines in the world…

Mediterranean Shipping Company. (MSC) has announced that its cruise division, Mediterranean Shipping Cruises, today confirmed an order for a new 1,600-passenger capacity cruise ship to be built by the French shipyard, Chantiers de l'Atlantique at St. Nazaire at a cost of $250 million. Negotiations are also in progress for a second ship of the same capacity. Backed by a network of MSC owned offices and affiliated agents worldwide, Mediterranean Shipping Cruises is the only cruise company totally capitalized in Italy. It is part of the MSC Group of Companies, one of the world's largest shipping groups with $2.5 billion in assets. Ranked as the fourth largest container operator in the world…

MSC Oliver was inaugurated at the DSME shipyard in Busan, South Korea, just two months after the delivery of MSC OSCAR. This week, it was the turn of Oscar’s cousin, Oliver, to break the traditional bottle of champagne against the ship, in the presence of his father Pierfrancesco Vago, Executive Chairman of  MSC Cruises, representing both the Aponte family and MSC Group. MSC Oliver is the second of a total of twenty mega-vessels which are scheduled for delivery by the end of the year. Traditionally, MSC container ships are named after female relatives of company employees. 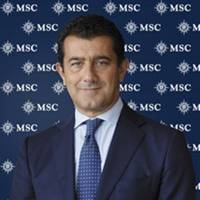 Gianni Onorato will become the new Chief Executive Officer of the company, effective 2 September 2013. With almost 30 years’ experience in the cruise industry, Onorato has a thorough understanding of the cruise business and extensive experience in senior executive leadership, serving as President of Costa Crociere for over nine years. He graduated from the Istituto Orientale of Naples with a degree in Foreign Languages and Literatures in 1983, and specialized in business administration at SDA Bocconi in Milan and INSEAD in Fontainebleau.

MSC Mediterranean Shipping Company today took delivery of the MSC Silvia, the latest of a brand new class of 9,400 TEU container ships from the leading ocean carrier. Following today’s inauguration ceremony in Shanghai, MSC Silvia will join the Empire service between the Far East and US East Coast ports. Built at the Hudong shipyard, in China, the new ship sails under the Panama flag. As a family-owned group with a strong culture of maritime traditions, MSC’s new container vessels usually bear the names of relatives of MSC Group founder and Executive Chairman…