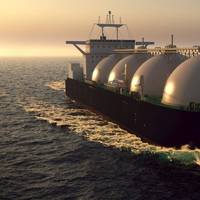 French engineering company GTT has won orders from South Korean shipyards Hyundai Samho Heavy Industries (HSHI) and Daewoo Shipbuilding & Marine Engineering (DSME) to design tanks for two new LNG carriers.GTT will design the tanks of the vessels which will each offer a cargo capacity of 174,000 m3. The company did not share any info on the value of the order.The LNG carrier built by HSHI, for an unnamed "Liberia ship-owner… 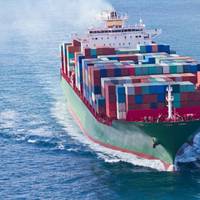 French firm GTT has secured an order from the South Korean shipbuilder Samsung Heavy Industries (SHI) to design fuel tanks for five very large LNG-fuelled container vessels, to be built by SHI for the containership giant Seaspan.The vessels, to be chartered by Israeli firm ZIM, will be able to carry 15,000 containers each. The fuel tank of each vessel will offer a capacity of 12,000 m3 and will be fitted with the Mark III membrane containment system. 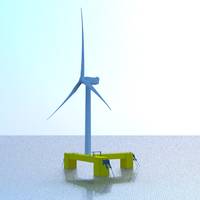 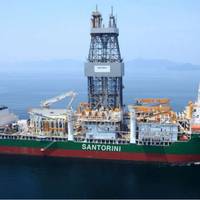 Italian oilfield services giant Saipem has chartered a newbuild drillship directly from South Korea's Samsung Heavy Industries shipyard.Saipem expects the drillship - named Samsung Santorini - to be delivered in November 2021, when the Italian firm will take the 7th generation rig on a two-year charter. No dayrate details have been shared. Recent fixtures for 6th/7gen rigs saw dayrates in the $190.000-$210.000 per day range… 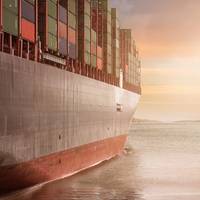 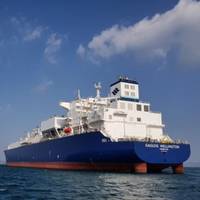 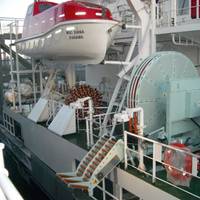 cavotec said it has won a series of orders in the second quarter with a total value of €5 million ($6.1 million) to equip the world’s largest newbuild containerships with ShorePower systems. This is in addition to €3 million ($3.7 million) in orders already secured in the first quarter.“We’re proud to support the world’s major container shipping lines in their journey towards sustainable operations. 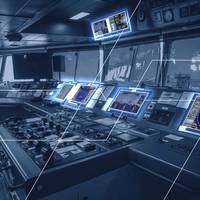 Wärtsilä Voyage has signed a contract to deliver radio and integrated navigation systems for 10 icebreaking liquefied natural gas (LNG) carriers to be constructed for the Arctic LNG-2 project.The order was placed in January 2021 and is now in process of execution, in partnership with South Korean shipbuilder Samsung Heavy Industries Co. Ltd shipyard. The new contract is an extension of the announcement made last summer… 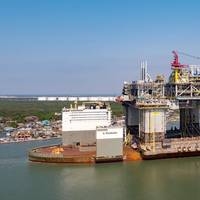 BP's behemoth Argos offshore oil platform, the centerpiece of the company's $9 billion Mad Dog 2 project in the U.S. Gulf of Mexico, has arrived in the U.S. after a 16,000-mile journey from South Korea.The platform, loaded onboard Boskalis' BOKA Vanguard heavy transport vessel, had left South Korea on February 3, and it has this week arrived in the Kiewit Offshore Services fabrication yard in Ingleside… 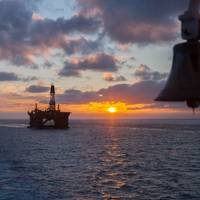 South Korean shipbuilding giant Samsung Heavy Industries must pay $411 million to offshore drilling contractor Stena Drilling, a London arbitration tribunal has ruled.The spat between the two companies began after Stena Drilling in 2017 terminated the order for the construction of the harsh environment semi-submersible drilling rig Stena Midmax.Stena Drilling had ordered the rig in June 2013, with the delivery expected in March 2016. 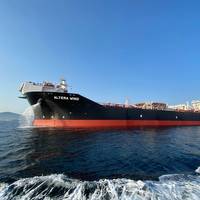 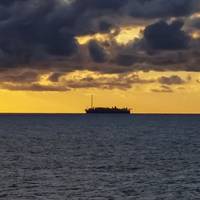 Brazil's state-controlled oil company Petrobras received only one proposal, from Dutch SBM Offshore, in a bid to contract construction of the Mero 4 oil platform [FPSO] in the Santos Basin pre-salt, two sources with knowledge of the matter told Reuters.Petrobras' business plan foresees Mero 4 entering operation in 2025 with a capacity to produce 180,000 barrels of oil a day.Petrobras and SBM declined… 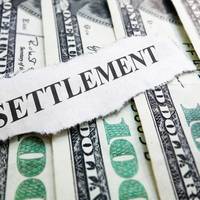 South Korean shipbuilder Samsung Heavy Industries agreed to pay 812 million reais ($148.56 million) in a leniency deal with Brazilian authorities to settle corruption investigations, federal prosecutors said late on Monday.On its website, the prosecutor's office said the deal was part of a global negotiation between the company and U.S. and Brazilian authorities to settle alleged crimes over contracts… 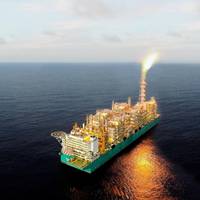 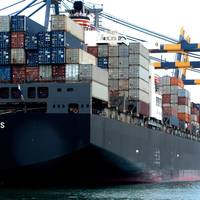 Seaspan Corporation announced Friday that it has entered into an agreement to order up to 10 dual-fuel liquefied natural gas (LNG) containerships from South Korean shipbuilder Samsung Heavy Industries.Seaspan, a wholly owned subsidiary of Atlas Corp., said the deal is for five ultra-modern 15,000 TEU newbuilds, with an option for an additional five. The containerships are scheduled for delivery from first half of 2023 onward… 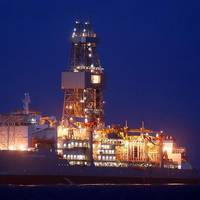 A Valaris drillship went adrift on Tuesday evening, breaking free from moorings near the port at Hunterston, North Ayrshire, Scotland.According to BBC, which was the first to report on the incident on Wednesday, "a major rescue operation has been ongoing overnight," when the 228 meters drillship, Valaris DS4, broke free and started drifting without power.According to the news agency, coastguard rescue teams…

French engineering firm GTT said it has received an order from the Korean shipyard Samsung Heavy Industries (SHI) for the tank design of a new 174,000-cubic-meter… 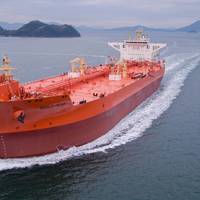 Oil tanker operator AET has taken delivery of the Eagle Pilar, a new Suezmax Dynamic Positioning (DP2) shuttle tanker. The vessel has been purpose-built for long-term charter to Brazil Shipping I Limited, a Shell subsidiary.The vessel was delivered on Wednesday by Samsung Heavy Industries (SHI) in South Korea.This 153,180 DWT DP2 vessel has been built in collaboration with DNV-GL and Eaglestar.According to AET… 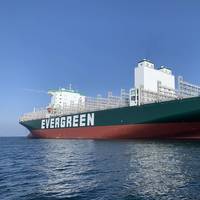 Evergreen Line took delivery of its sixth and seventh new 12,000 TEU class F-type containerships on December 15. Ever Forever was built at the Geoje Shipyard of South Korea's Samsung Heavy Industries, and Ever Far was delivered by Imabari Shipbuilding in Japan.The two new large containerships set sail in good order after the delivery procedures were completed. The ships’ 58,000-horsepower main engines…